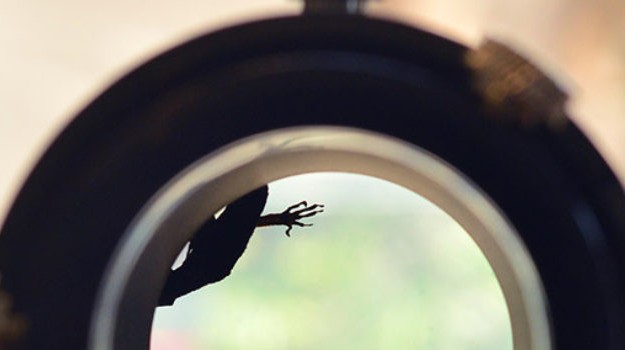 I like unexpected adventures. And from time to time I get a little more than I bargained for.

Over the years, I have owned a crazy number of small refractors. They make for fabulous grab-and-go instruments: if there is a beautiful moon outside or I have a friend over who has never seen Saturn through a telescope before, then nothing beats a 3-inch APO or ED telescope to quickly set up and be ready to look through in two minutes.Trying out different ones has become somewhat of a sport, so whenever a good deal pops up on Ebay, Astromart or Cloudy Nights I tend to go for it. And they sell just as easily as I bought them.
Several telescopes that I once owned made a lasting impression. The 80mm Orion EON is quite a scope for the money, both for visual and imaging. I have looked through a few smaller Takahashis and the FS-78 fluorite is in a class of its own. I almost bought one recently but they are not cheap and they are certainly not light either. Super solid for sure and optically unsurpassed. I owned a Japanese made Vixen ED81s doublet and in contrast to the Tak it weighed very little – yet the views were superb.
One company has consistently built quality telescopes, that compare to the best instruments out there: Stellarvue. Based in California, owner Vic Maris has been a force in the astro-community for almost two decades. He personally tests every single one of his APO and ED refractors before they are offered for sale. I have owned an excellent 110mm ED as well as a 90mm carbon fiber triplet, the so-called Raptor. Why are they called Raptors? It makes me think of Jurassic Park, of large and dangerous carnivorous reptilian birds of prey. How they earned that nickname is a mystery to me, but by now any carbon fiber ED or APO refractor is officially called a Raptor.

A while back, I sold my Stellarvue 80mm Raptor, a very nice and tack sharp carbon fiber doublet with an amazing 2-speed focuser. I had bought it a few years ago for the unheard price of $50 including shipping, since the owner had cut himself trying to open it up and just wanted it out of his house. I regretted selling it before I even packed it up: it was light and easy to use, just a perfect grab and go, but I needed the cash. So when a couple days later an ad appeared for a lightly used 70mm Stellarvue Raptor with the same great focuser I couldn’t resist. It cost less than the 80mm and it was even smaller – with a great case and 2” diagonal included as well. Perfect as a little travel scope.
Upon arrival I opened the package, excited to test out my new toy…
What a letdown! Small hairs and dust everywhere. I could not believe how dirty this scope was. But the real surprise came when I looked through it: something was stuck inside. Was it a withered leaf? When I examined it more closely I was completely baffled: inside the telescope was a dead lizard!! I turned the scope and for a moment it seemed like it was still alive, which totally creeped me out. But it was just gravity that had caused it to move… the lizard was definitely very dead.

The previous owner was full of apology and he refunded me almost half of what I had paid him. So now came the real test: cleaning it out. When I took off the lens hood and the lens assembly, I noticed a whole bunch of lizard droppings inside the tube. Could they have been lizard eggs? Had the lizard been looking for a good place to hatch? I will leave this question up to the experts, but I am happy that I did not receive a scope filled with thirty crawling baby lizards. Here are the photos showing how the scope was received. (Click on thumbnails to enlarge) 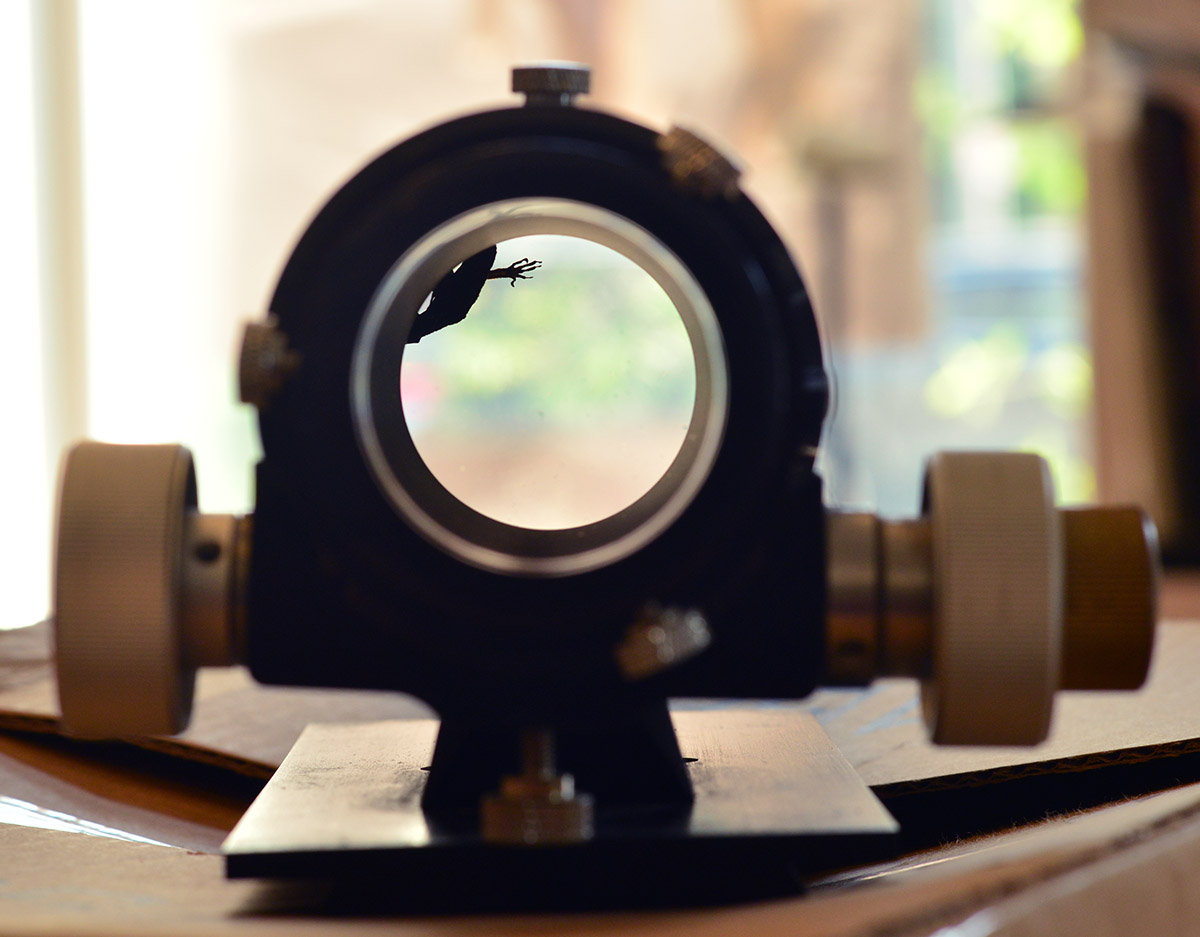 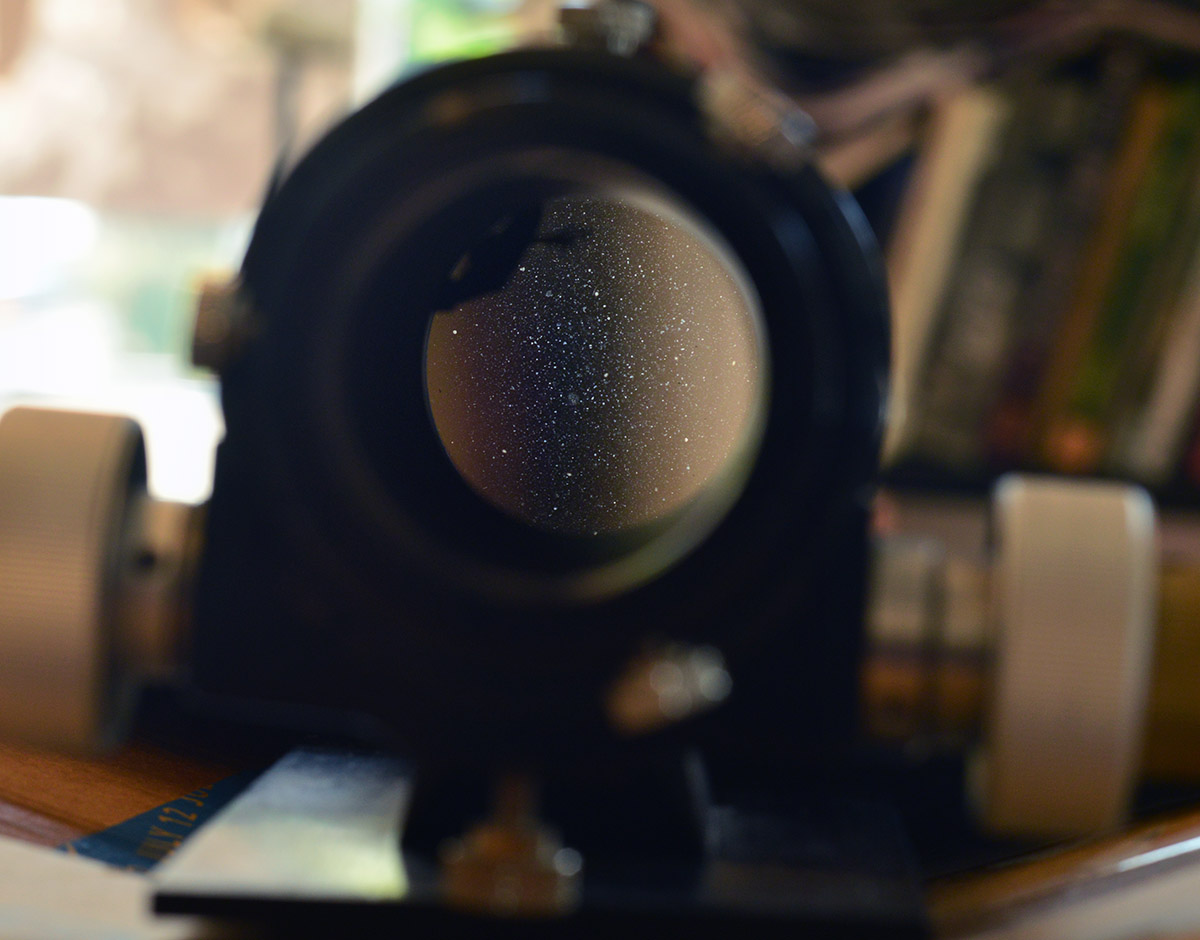 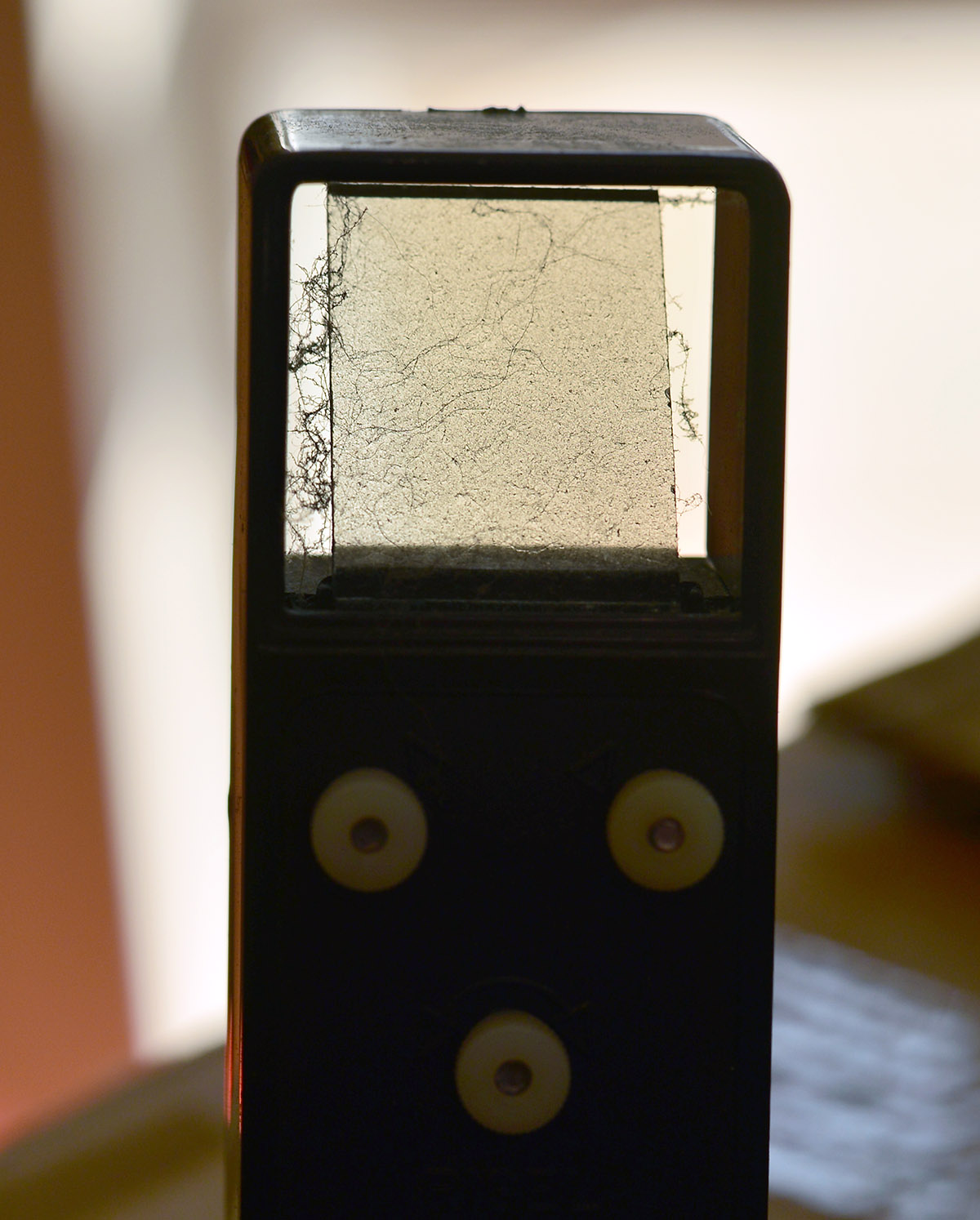 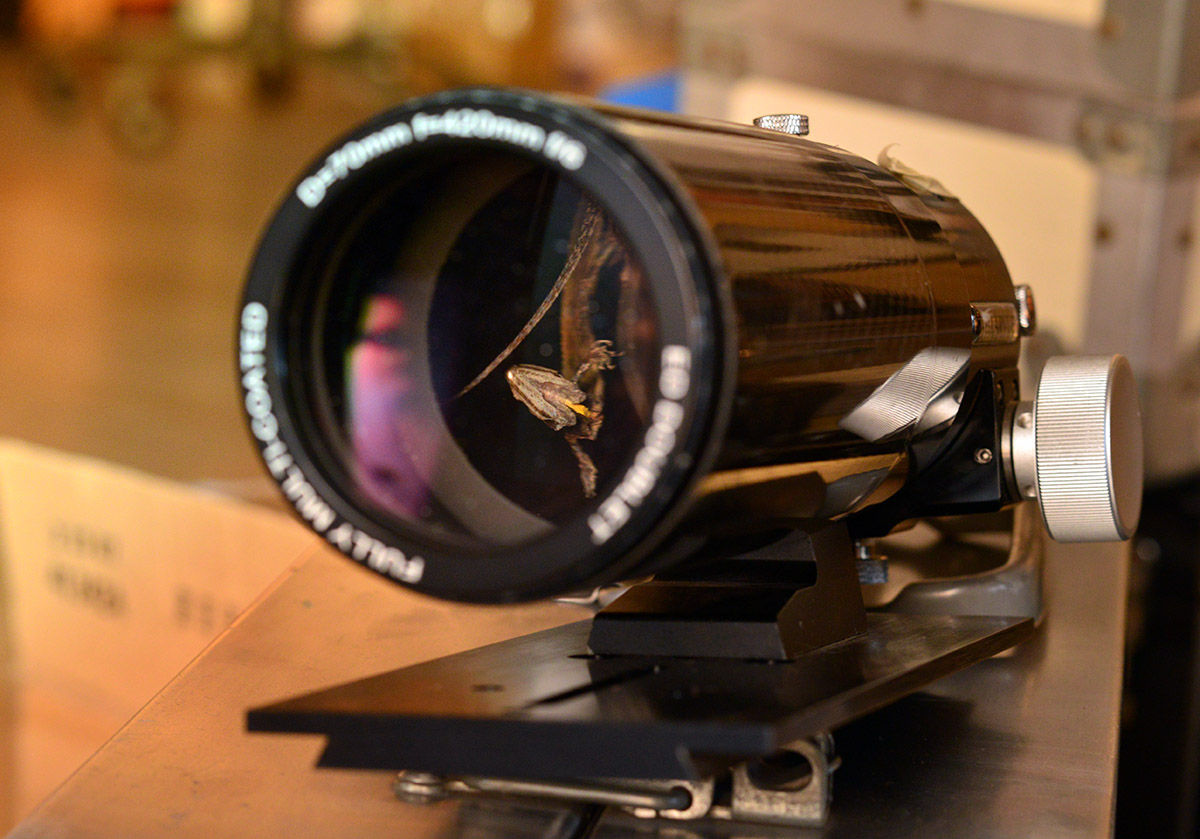 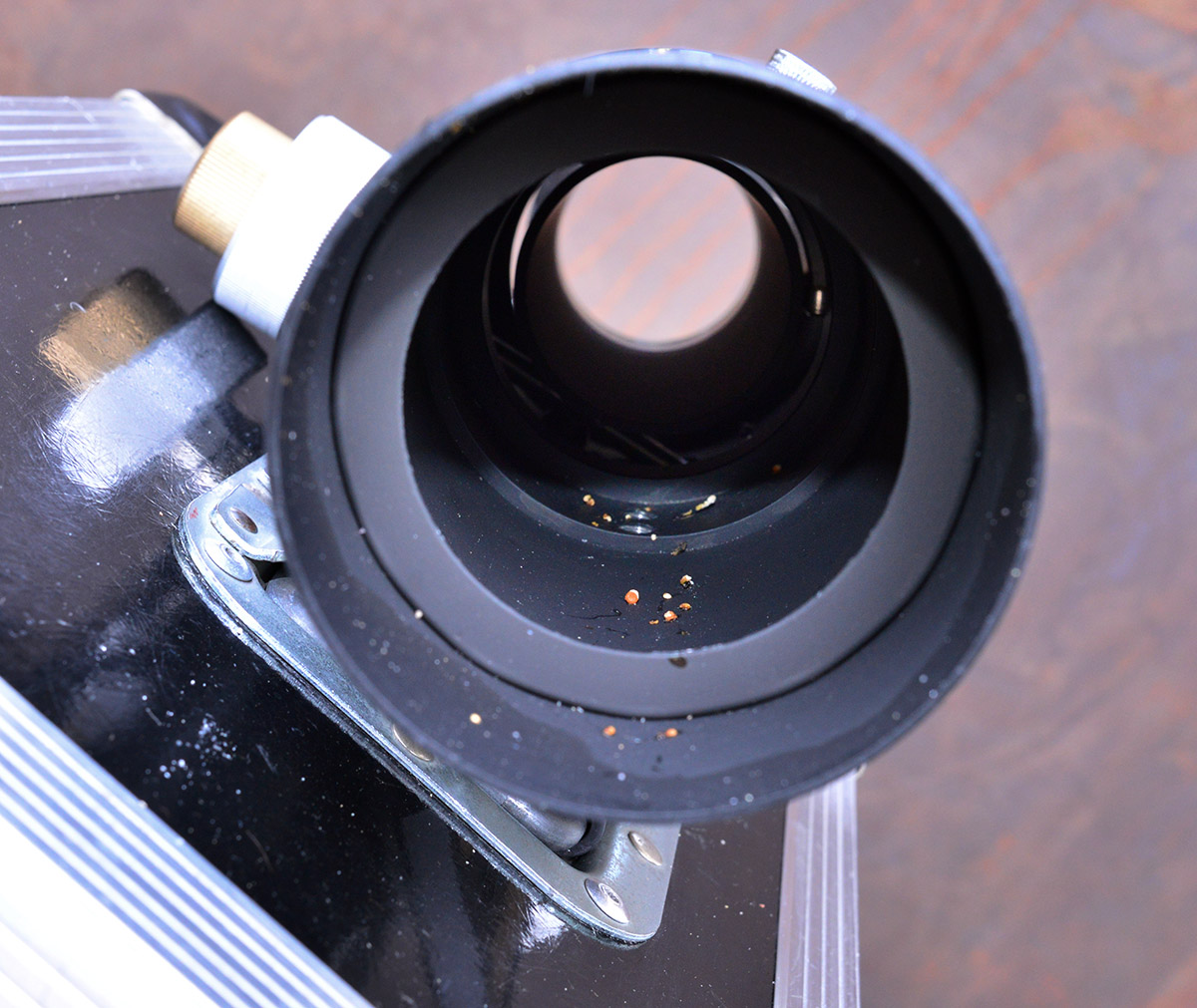 I took off the focuser as well and started the tedious job of scraping out the lizard droppings. Then I cleaned the inside of the tube with a moist rag. Next to a tiny bit of shine where the droppings had been there was no trace left of the dead lizard. I carefully cleaned the lens and put everything back together. Case, diagonal and Rigel Quickfinder were subjected to rigorous cleaning as well. By the time I was done, everything looked like new. Here are the photos after the Stellarvue was all cleaned up. (Click on thumbnails to enlarge) 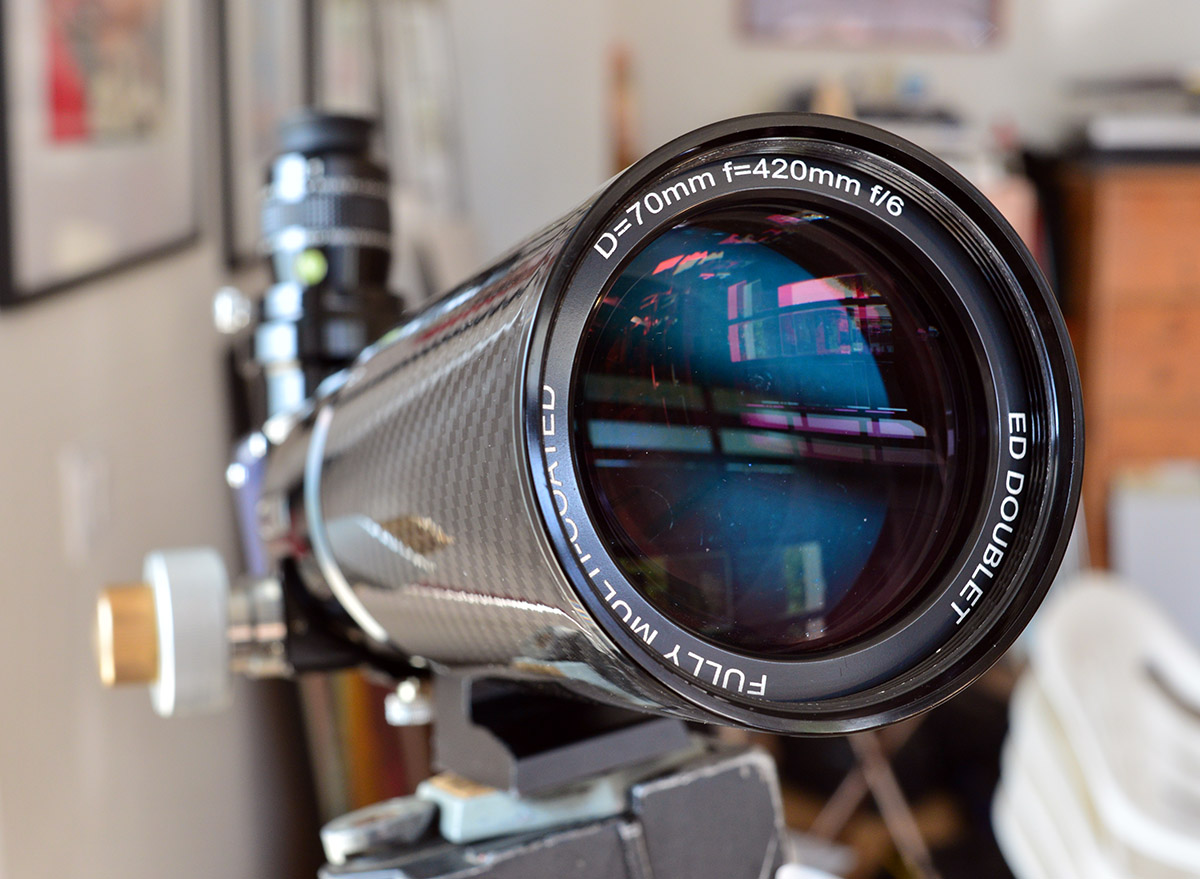 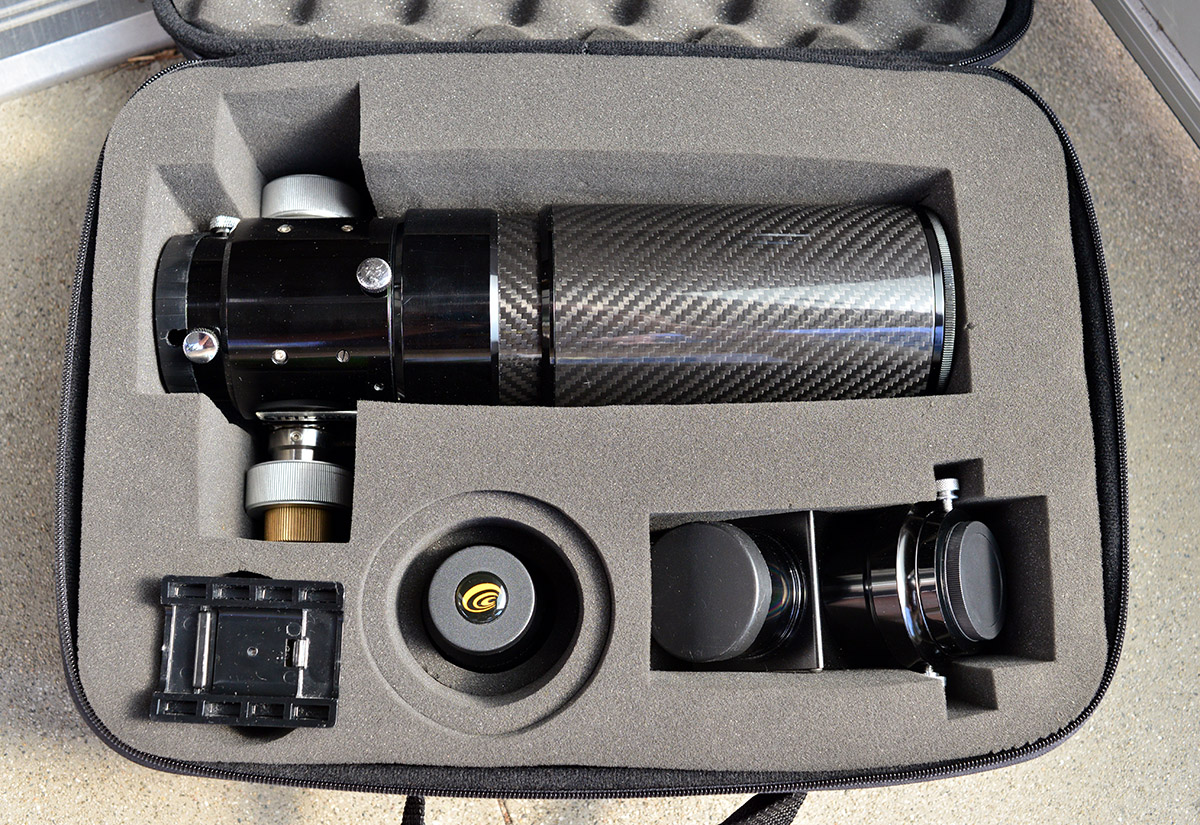 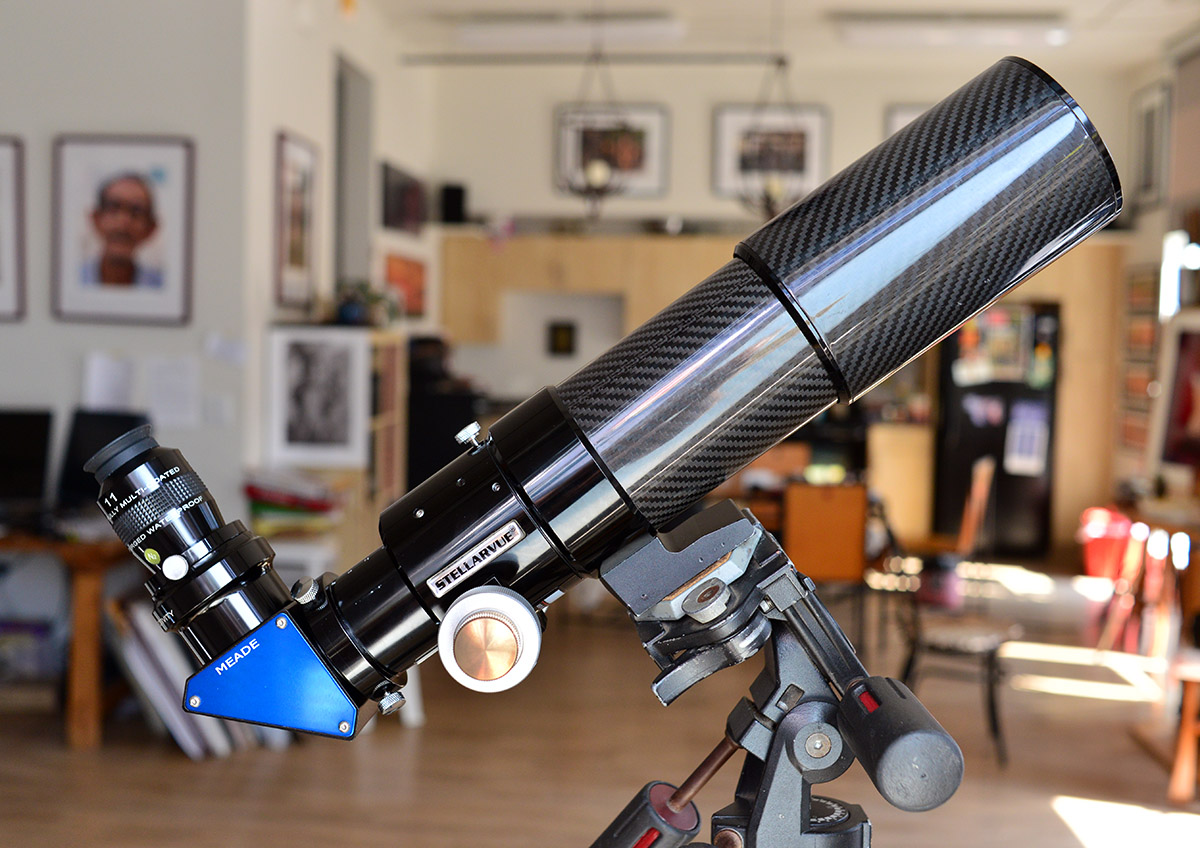 Soon after, I went out into the Santa Monica mountains to do some astrophotography and test out the new scope. It performed great: sharp and contrasty images, tiny pinpoint stars against a velvet black background. With a modest CG-4 mount I imaged the North America and Pelican Nebulae, using just over 20 one-minute subs at ISO 1250, unguided. In spite of the relatively short integration time both nebulae show good color and detail. (Click image to enlarge) 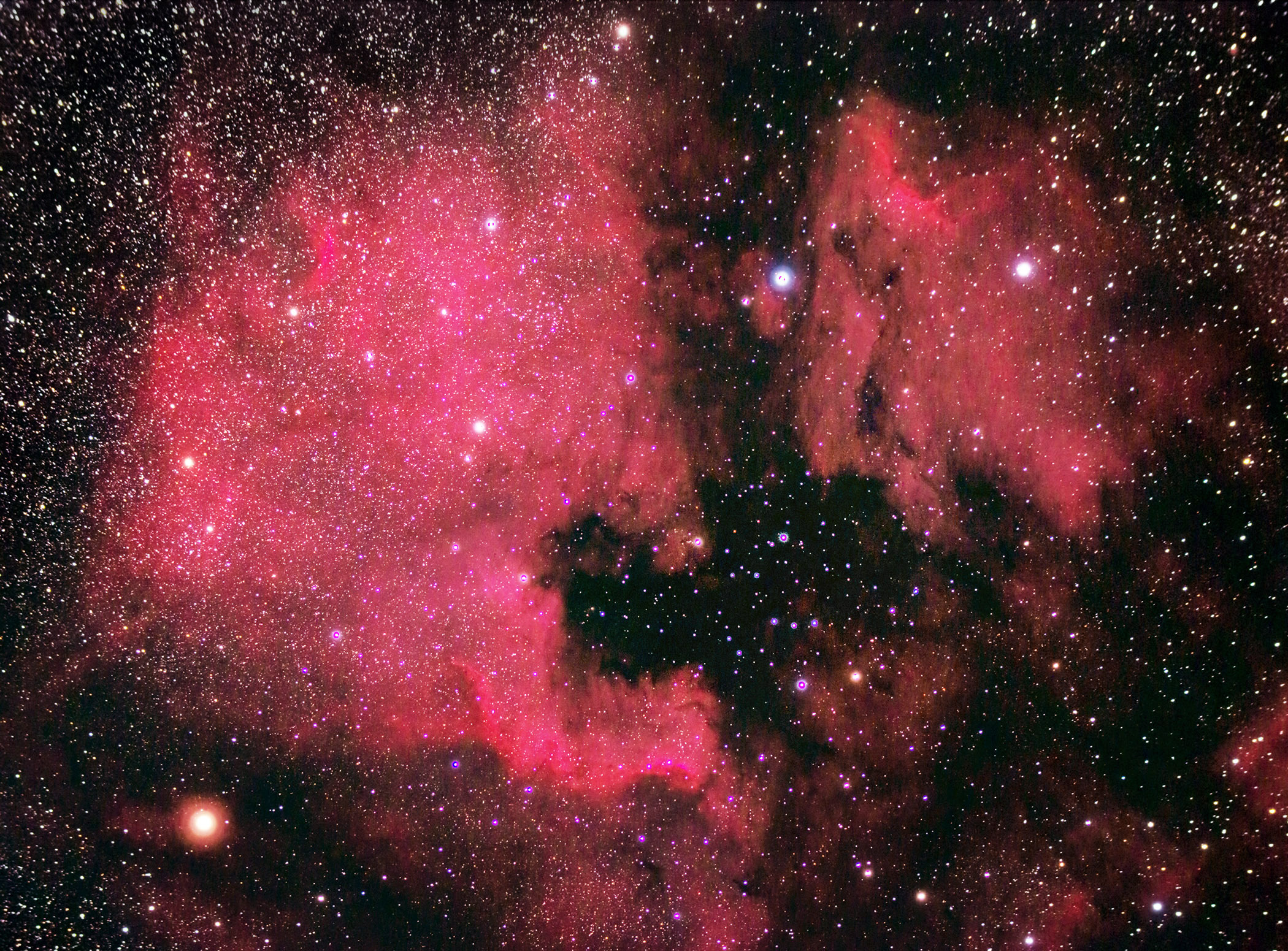 The North America Nebula (NGC 7000) and the nearby Pelican Nebula (IC 5070) are in fact parts of the same interstellar cloud of ionized hydrogen. Between the Earth and the nebula complex lies a band of interstellar dust that absorbs the light and determines the shape as we see it.  Distance: 2,000 light years  -  Constellation: Cygnus  -  Telescope: Stellarvue SVR70ED  -  Camera: Nikon D7000, astro modified


I have now installed the Rigel Quickfinder (never used one before, they are fabulous, I like them even better than the Telrad finders) and will hopefully cherish my new instrument for many years to come. Perhaps it was a karmic necessity for at least one Raptor to be briefly inhabited by the scary reptile’s little brother.